A recent study from Double Click Ad Planner (Google) and originally posted on Pingdom gave a glimpse into the age and gender distribution of 24 of today’s most popular social networks and online communities. The study was based on users in the United States only and did not include Google+ data. 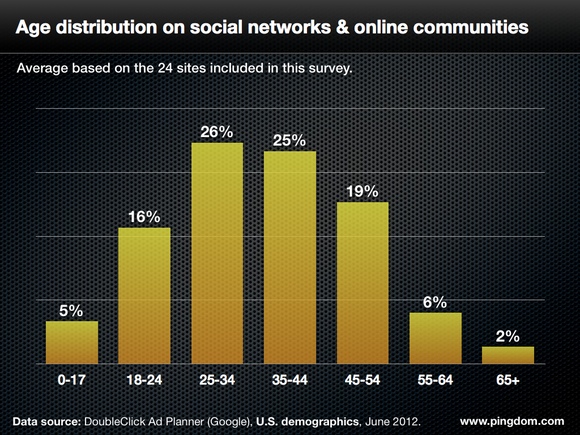 The chart is sorted by average age, “youngest” site at the top. 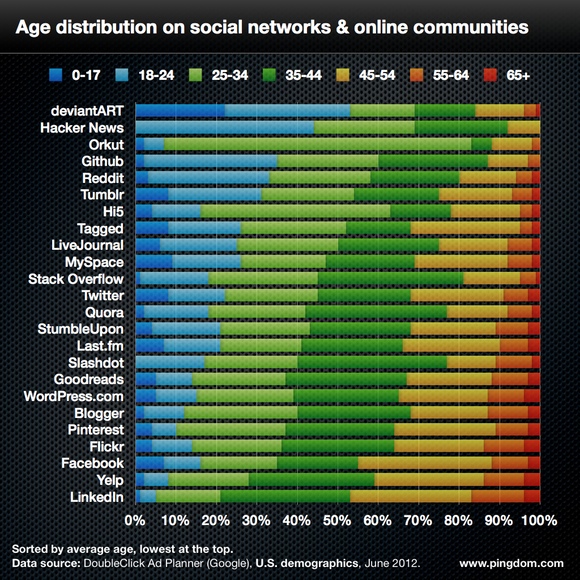 Social media is definitely not just for the young. Some examples:

Based on the sites in this survey, the estimated age of the average social media user is just under 37 years old. Here are some other observations:

And here is the full chart with all the sites, sorted by average age: 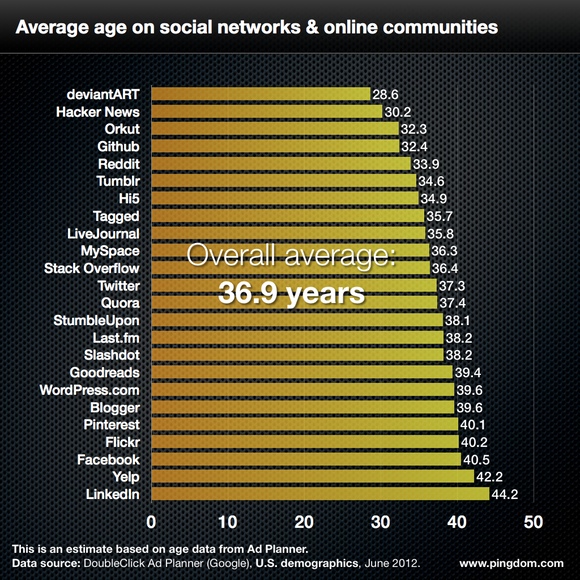 More than two thirds of the sites in this survey have more female than male users.

Below is a chart with the male-female ratios for all 24 sites included in this survey. The chart is sorted, the least male-dominated sites at the top. 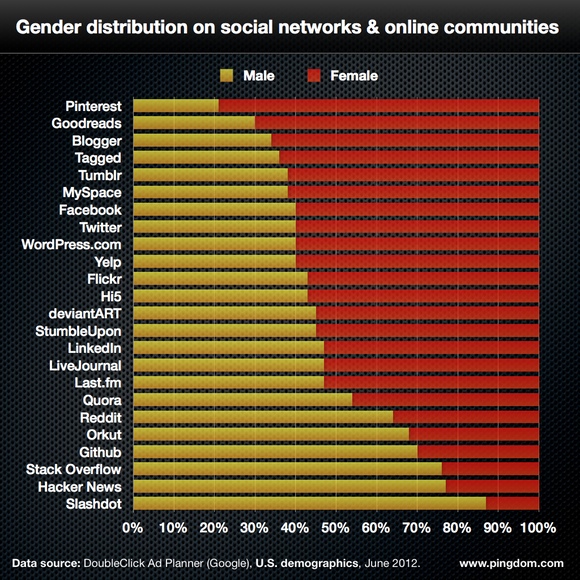 Social media today is being used by all ages, which wasn’t the case not that long ago. Even more reason that your small business should have a social media marketing plan in place.